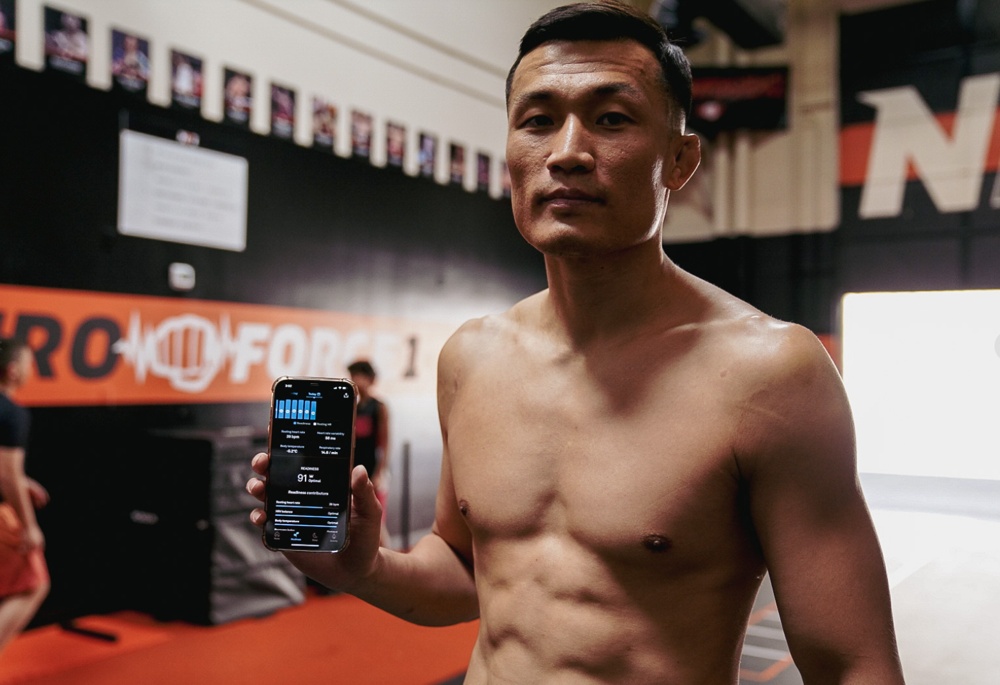 SCOTTSDALE, Ariz. – April 7, 2022 – Neuro Force One ( NF1 )—the dynamic name in physical performance delivering unmatched training and recovery results through sports science—will have the results of its innovative body-focused fitness plans on international display in Jacksonville, Florida during UFC 273: Volkanovski vs. The Korean Zombie.

“We look forward to seeing great things from ‘The Korean Zombie’ in his world title main event, as well as from the other emerging star we coach: Mark ‘The Olympian’ Madsen,” said NF1 founder and president Karim Amin. “We know firsthand how our holistic training helped Henry Cedujo lock up UFC Flyweight and Bantamweight championships. Our latest clients have also been well prepared in their conditioning, and we can’t wait to watch them give it their all in their octagon bouts.”

A focus on developing pure athleticism underpins the NF1 method, meaning contestants across all sports can benefit from the same performance approaches that help these fighters hit their peaks. The coaches and trainers behind NF1 have a history of creating verifiable body metric improvements for UFC mixed martial artists and Olympians, as well as players in the NFL, MLB, NBA, and more. The results speak for themselves: athletes on the NF1 team have already locked down 13 world titles and 10 national titles across the spectrum of sports competitions.

Though NF1 caters to the top and rising names like Jung and Madsen, the company makes sure the secrets behind success remain accessible. Those looking to level up their fitness can set up an appointment at the Scottsdale facility and partner with the same coaching team that helps the best in the world achieve their best. As a complement to NF1’s dedicated training programs or as a standalone selection, the company’s experts can employ the latest technology to help those chasing peak perfection. Those individual assessments measure body data points, biomechanical functions, strength and power plateaus, oxygen intake levels, and other key statistics to let competitors know where they stand. Online, the NF1 shop puts top-tier supplements, nutrition, and apparel choices just a click and shipment away. Rounding out the comprehensive offerings, the downloadable NF1 app helps put the power of NF1 in the palm of the hand and keeps everything in one easily viewed place.

Learn more about how NeuroForce1 helps athletes push through before, during, and after showtime at neuroforceone.com

About Neuro Force One:

Since 2017, Neuro Force One LLC has honed a dedicated approach to perfecting human performance through training, assessments, nutrition, and recovery plans. Learn more about how the company helps Raise Your Game through the latest sports science techniques and technology by visiting neuroforceone.com

We use cookies on our website to give you the most relevant experience by remembering your preferences and repeat visits. By clicking “Accept”, you consent to the use of ALL the cookies.
Do not sell my personal information.
Cookie SettingsAccept
Manage consent

This website uses cookies to improve your experience while you navigate through the website. Out of these, the cookies that are categorized as necessary are stored on your browser as they are essential for the working of basic functionalities of the website. We also use third-party cookies that help us analyze and understand how you use this website. These cookies will be stored in your browser only with your consent. You also have the option to opt-out of these cookies. But opting out of some of these cookies may affect your browsing experience.
Necessary Always Enabled
Necessary cookies are absolutely essential for the website to function properly. These cookies ensure basic functionalities and security features of the website, anonymously.
Functional
Functional cookies help to perform certain functionalities like sharing the content of the website on social media platforms, collect feedbacks, and other third-party features.
Performance
Performance cookies are used to understand and analyze the key performance indexes of the website which helps in delivering a better user experience for the visitors.
Analytics
Analytical cookies are used to understand how visitors interact with the website. These cookies help provide information on metrics the number of visitors, bounce rate, traffic source, etc.
Advertisement
Advertisement cookies are used to provide visitors with relevant ads and marketing campaigns. These cookies track visitors across websites and collect information to provide customized ads.
Others
Other uncategorized cookies are those that are being analyzed and have not been classified into a category as yet.
SAVE & ACCEPT